How to Fix Minecraft Launcher Not Working in Windows 10?

When we are playing the game, sometimes the issue arises. Fortunately, simply restarting the computer will help fix the issue. But serious issues like Minecraft Launcher, not opening will foil all your plans to play the game with your friends. If you cannot open Minecraft on Windows 10, how you can join the server and have fun with your online friends? Well, you should immediately fix the Minecraft launcher don’t open errors, so your friends will not get angry, and you can join them sooner or later.

After Windows 10, it became a huge topic to fix Minecraft launcher not working or running issue. Some people have suggested that if you have installed java on your system, the problem might arise as Java is incompatible with Windows 10. This can be one among several other reasons for this error to occur. If you face this issue, you are at the right place. In this post, we will share detailed information on how to fix the Minecraft launcher that won’t launch on Windows 10. All you have to do is follow the exact methods, and you will immediately get rid of the problem.

How to Fix Minecraft Launcher Not Working in Windows 10?

The most common reason for the Minecraft launcher not working is that there have been no recent updates. However, most reports regarding the Minecraft launcher being unresponsive originated after 2017, when Mojang released a major “Better Together” update for all editions of the game on all platforms, including Java and Bedrock editions. Suppose you’re a returning player who used to play the game previously and haven’t encountered any problems with the launcher on your system. In that case, things like Minecraft not opening when attempting to reconnect may occur. Also, the faulty installation might be one of the core reasons behind this issue.

In Windows 10, the Administrator privileges usually provide full access to the software. With full access, the app can access anything and run properly. If you face the Minecraft Launcher Won’t open error on Windows 10, you should run it as Administrator. The process is simple, and it should be the first method to try.

Sometimes, the corrupted profiles of the Minecraft game will cause issues with the launcher itself. The profiles are responsible for the proper operations of the game. Fortunately, you can easily delete them, and the app will automatically create new ones for you. Here are the exact steps to do the same.

Minecraft launcher startup issues in Windows 10 are pretty common. It’s not like people are facing such issues once in a while, but many times. Fortunately, the tech experts have done everything, and you have all the working methods to fix this problem. We’ve tried all of these methods by ourselves and found all of them working. In this post, we shared these methods with full details, so all you have to do is follow them properly to get the results. If you are facing any issues, use the comment section below.

How to Repair Fishing Rod in Minecraft? Complete Guide-2022 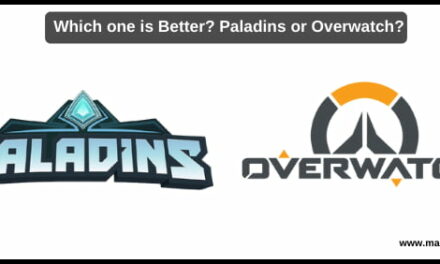 Which one is Better? Paladins or Overwatch?(Game Review 2022)